After months of investigation, the Spanish police completed their investigation on the case of death of the former Dutch national team player Ingrid Visser. 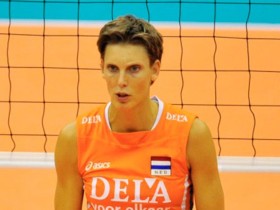 Authorities in Murcia indicated that the former head of the club, Evedasto Lifante had role in the murder of the player.

According to the conclusion, the former president had reinforcement in the meeting with Visser and her husband, Lodewijk Severein in order to resolve the disputes that the club had with the player. He brought with him Romanians, who were the killers.

The police came to this evidence after finding the apartment in Valencia, where they found photos of leader of the alleged killers.

Police also managed to break the secrecy of telephone conversations between Lifante and Rosa María Vázquez, a friend of Juan Cuenca, former leader of the club. In conversation, Vázquez said that Visser and Severein are tied in bondage.