Kaliningrad Regional Government tabled a question to the regional public chambers of whether to finance Dinamo-Yantar. 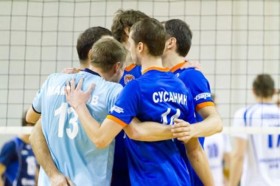 As Chief of the Agency for Sport Vladimir Ohulkov reported that the team is now experiencing serious financial difficulties that may lead to its termination.

“In order that the team can participate in the “B” league the amount of 55.2 million rubles is necessary. The problem is that the region has no large industrial enterprises that could provide financial assistance, ‘’ said Ohulkov.

He also noted that in 2012, a non-profit partnership “Volleyball Club Dinamo-Yantar” declared bankrupt due to the difficult financial situation. In the season 2012-2013 player salaries were paid by sponsors. The general sponsor of the team, “Lukoil” listed 27.5 million rubles and another 2.5 million rubles in 2013 for the club.

See the profile of Dinamo Yantar.