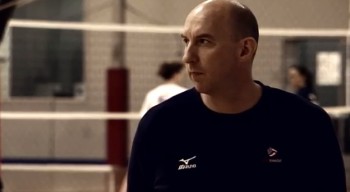 In 1995, the USA Olympic Committee’s Director of Coaching found and adapted a quote by renowned educator, child psychologist and psychotherapist Haim Ginott to explain the role a coach plays on a team and in the lives of athletes. It was shared at a national coaching symposium, and has since been adopted by numerous national governing bodies as a key tenet of their coaching philosophies.

Our coaches include, in order of appearance: