With their seven match winning streak broken by Brazil on Wednesday, World Grand Prix defending champions and world No.1, USA will be looking to reverse their fortunes in their second duel of the Finals against world No. 9, Serbia on Thursday. 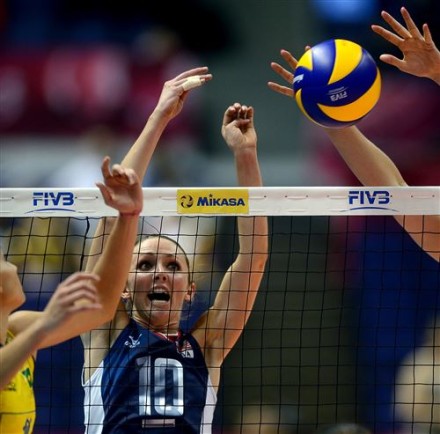 The match between the USA and Serbia promises to be a closely contested one, though the Americans have a slight advantage over the European champions having won four of their five matches in the World Grand Prix including a 3-2 victory in this year’s preliminary round.

However, the USA will have to start strong if they do not want a repeat result of Wednesday’s match against Brazil. The statistics show that all World Grand Prix Finals encounters between USA and Serbia have gone to the side that has taken the first set in the match.

The action is set to hot up as the second match of the day pits world No. 4 Italy against world No. 5 China, who is yet to a lose a match in this year’s tournament.

In the third match of the day, world No. 3 Japan and world No. 2, Brazil will face each other for the 25th time in the World Grand Prix. Brazil holds a commanding 30-4 edge in these head-to-head match-ups with a 96-20 advantage in sets won. Nine of the 34 matches have come in the Finals, with Brazil winning eight of those.

Having won its first match of the Finals against the USA on Wednesday, Brazil has won nine of its 10 matches in the tournament so far, with its only loss this year being a 3-1 set back at the hands of Bulgaria in the preliminary round.

Check out the WoV Community profile of  USA.