Turkey shut out Mexico by 3-0 (25-14, 25-15, 25-18) in Ankara’s last match of the round of 16 at the FIVB Volleyball Men's U21 World Championship. The home heroes pleased their fans on the stands at Baskent Volleyball Hall with a speedy victory that will allow them to stay in their capital through the rest of the tournament and compete among the top eight teams. 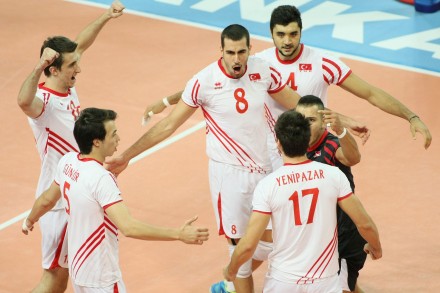 Turkey are far too strong for Mexico

Captain Baturalp Burak Gungor led his Turkish team to a fast 25-14 in the first set.  As many as five aces helped the home side maintain their domination through the second set and win it by 25-15.  The Mexicans raised their heads in the first half of the third set, but between the two technical time-outs Turkey once again established control to rush to a final 25-18 in the set and seal their spot in the quarterfinals.

Roberto Rincon scored 15 points for Mexico to become the top scorer of the match.  Baturalp Burak Gungor was the winning team’s best scorer with 12 points.