After the round of 16 there are only eight teams left to fight for the World Championship. Here are the first impressions from some of the today's games. 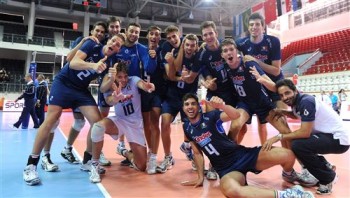 Italy coach Marco Bonitta:“We were in a tough situation before coming to Turkey because few days before the championship we had to change the strategy. Our first opposite was injured. It was unexpected and not easy for us. Our main point was not to change the team after the two matches that we lost. It was a big motivation to the players. So they started to play better and better and now they are fully self confident. Our strategy was our strength. We were mentally strong and we came back in the fourth set. I’m very happy about our play.”

Serbia coach Sinisa Reljic: ”First of all I would like to congratulate Italy. I wish you luck in the quarter final. We knew that this game would be tough. First set we played very well. After we were waiting for Italy to make mistake. We lost second and third set easily. In the fourth set, we started to play again. We were better in the serve, block and defense then we had the result. In the fifth set, it was really strange, because we couldn’t take reception on the floating serve. We had problem with Randazzo and another player who serve jump serve. We couldn’t take reception. It was difficult to score.” 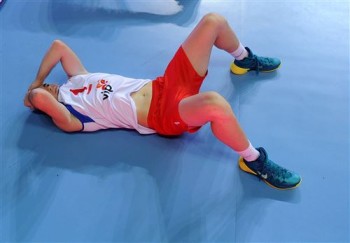 Noriaki Sako, coach of Japan: “Today almost everything was not good; players just could not play well. Although we tried different tactics everything was just not good enough. The most important point in this match was the mistakes of our players. But we will not lose our spirit and we will try to do our best in next matches.

T.C. Jothish, coach of India: “My players started the match very concentrated. We did not have the option to give the chance to Japan to play. If we gave them this chance, it would be very hard for us to win this match. This was our plan. All my players played well. I congratulate them all. I think we are going to face Russia in the quarterfinals. It will be a tough match for us.”

Russia coach Mikhail Nikolaev: “We prepared ourselves match by match. Today we played well. However, from now on we have no chance to do mistake. We confidently won the game. We are getting closer to our main purpose. We have to be strong in each match.”

Tunisia coach Mohamed Mounir Gara: “Congratulations to Russia. They played very well and deserved to win. We didn’t come here to win the World Championship. We came here to improve our style of playing, performance and the team work.”

Jorge Lopez, coach of Mexico: “First, I want to congratulate the Turkish team and wish them good luck in the next round. I believe that Turkey are now one of the top teams in the world. And we still sometimes need to work more on the basics. We have made a lot of technical mistakes. But for us it is great to be in this round and to play with Turkey. We will keep fighting in our next matches.”

Umit Hizal, coach of Turkey: “It was an easier match than we expected. But it was a very important match that opens the doors to quarterfinals. I am glad that we succeeded in opening that door. My players are aware of everything that they need to do on the court. They continue the battle…” 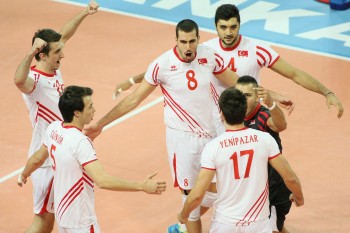 France coach Stephane Faure: “It was the most important match. We know it was not easy to win. We are very happy to win this game. Even Canada lost the game I want to congratulate them, they played well tonight. It was a good fighting for each team.”

Canada coach David Gordon Preston: “France is probably one of the most systematic team I’ve seen in this tournament. We had to apply so much serving pressure on them that we forced ourselves to mistakes. Their offence is very smooth, we knew it was going to happen. We had to get them out of the rhythm. We made some serving mistakes tonight because we were trying to be aggressive. Our passing was great because France is a good serving team. We had trouble with passing our offence comes out of the middle of the court. France was very good, congratulations. Good luck to them in the next round.”

WoV Quiz: Second round answer is…