Famous Croatian outside hitter and a member of “SB-Community” agency Nataša Osmokrović, is a new member of Swiss champion Volero Zürich. 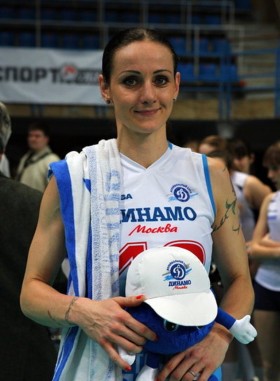 After very good season in Russia, in Dinamo Moscow, Osmokrović decided to join this very perspective team and to help them at the CEV Champions League and 2013 FIVB Club World Championship from October 9-13.

Recall, nine days ago some media announced that this transfer is close to its realization after Ukrainian Alesia Rykhliuk (also new member of Volero) revealed that the Swiss club negotiates with Osmokrović

In her very impressive career she won 11 trophies with clubs and 5 individual awards.

See the profiles of Osmokrović and Volero Zürich.