The former technical manager of the national volleyball team: the effectiveness of the modern systems of volleyball in premier league is observable this year. 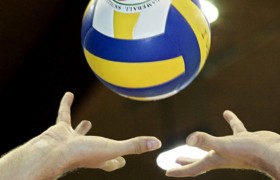 The former head coach of Peykan, Hossein Ali Mehranpoor who acheived the Iranian and Asian Cup said in an interview with the public relations of Volleyball Federation: last years we have witnessed the effects of  modern systems  of volleyball on the national volleyball team and a couple of clubs. But this year most of the clubs in premier league turned into these modern systems and their advantages are obvious. Regarding the premier league and comparing it with previous rounds, he said: different periods of the league cannot be compared with each other.

This year except four teams which couldn’t participate successfully in the games because they were closed in an inappropriate time or because of financial problems, the other teams on the contrary appeared strongly as if no other teams had the safety factor. The sensitivity of the project is high and competitions are attractive. While a couple of weeks is left to the end of the preliminary round, the positions of league are not yet clear and there is a stiff competition between the teams for staying on the top positions of ranking table.