The Women’s Volleyball Tournament of the XVII Bolivarian Games began on Monday at Gran Chimu Stadium with more than 7,000 spectators. 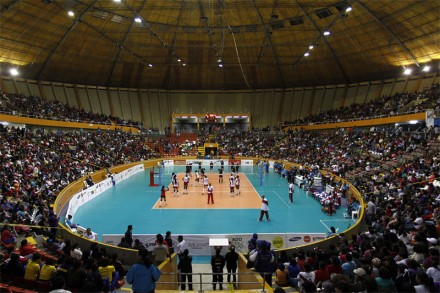 Hosts Peru crushed Guatemala in straight sets 25-11, 25-8, 25-17 with an impressive team-effort of the squad which consists mainly of players who won the bronze medal at the Singapore Youth Olympic Games in 2010.

The home team is considered as the favorite with Colombia and Venezuela as the toughest opponents in the tournament.

Peruvian Raffaela Camet was the most outstanding player in the first set against Guatemala.

In the second set, coach Natalia Malaga decide to use her bench players and the rest of the way relied on the Under-18 side that took part in the World Championship in Thailand this year.

The event continues on Tuesday with Guatemala playing Colombia and Peru challenging Bolivia.

Peru is confirmed as host of XIV...