ARG: Juan Antonio Gutierrez and his Federal thoughts about volleyball as seen by the North Argentina region Media

Buenos Aires, Argentina, March 14, 2012 - During the last months, the Argentine Volleyball Federation is changing. Many years the same was leaded by some officials and with December changes, Juan Antonio Gutiérrez took over its presidency with the main goal of making Argentine Volleyball as federated as possible. "We want a united Argentina with each of the provinces feeling they are part of this new volleyball and not think that Buenos Aires city is the centre of the activity" expressed to El Tributo de Salta, one of the main newspaper in the north of the country. 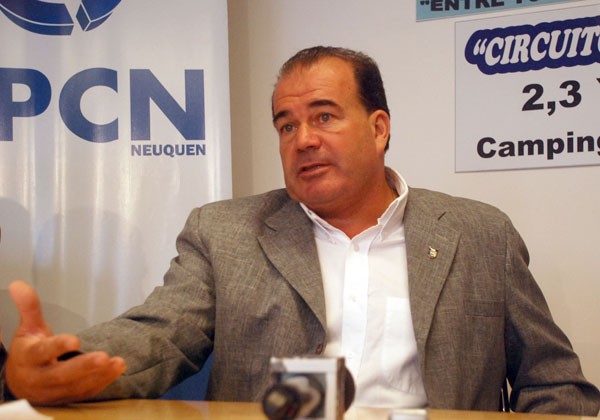 With a program of visits to the different parts of the country, Gutiérrez made his first visit to Neuquen and will do one to Salta, on the other limit of the country next April. “Salta is an important place at the north of the country to start with a beach volleyball activity, because this region does not have any stops of the National Tour” said the President.

His presence there will not be only an official visit but as part of the presentation of different facts, among them the presentation of one of the stops of the beach volleyball national tour in the next months and the creation of a Regional Volleyball Development Centre, in Salta itself.

“It is mandatory to support Salta to make it an important venue for Argentine Volleyball. We have to plan and organize events there. We have realized that we have the expertise players, officials, teachers and coaches with a lot to obtain this goal” he added.

With the idea that Volleyball must grow steadily in every and each Argentine provinces, Gutiérrez prepares his visit with the same passion as he did with the visit to Neuquén in the Patagonian Region, where new activities were settled there, opening also a beach volleyball stop in the national tour.

It will be the fist time since the entity was created that the main goal is to make it federal including places that never had volleyball as one of their main sport activities.

ITA A1: Preparing clash vs Modena and Trento