The best players of the 2014 Puerto Rican Women’s Superior League will be in action when the annual All-Star Game place next March 11 at Salvador Dijols Gymnasium of Ponce. 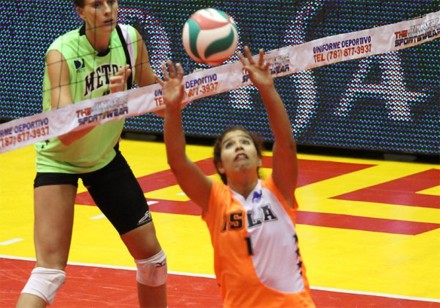 The squads, each formed by 15 players representing the Metropolitan area (Caguas, Cataño,  Guaynabo and Carolina) and the Islanders (Mayaguez, Humacao, Ponce and Juncos), were announced on Tuesday.

The composition of the teams includes three setters, four middle blockers, four outside hitters, two opposite players and two liberos.

The players elected to represent the Metropolitans are:

The members of the Islanders team are:

Milton Crespo will coach of the Metropolitans while Jose Mieles will mentor the Islanders.

MONTREUX 2016: China without mercy against Belgium