After being one of the biggest volleyball surprises in 2014, Iranian players became "most wanted" on the transfer market. However... 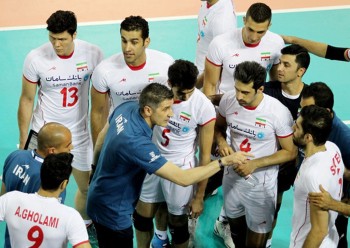 So far, neither European club managed to bring some Iranian player! Everyone decided to stay in their homeland and sign contracts with domestic clubs! Slobodan Kovač, head coach of Iranian National Team, tried to explain this thing…

“All my players have very good contracts in Iran. For example, if someone earns 300.000 Euros per season here, and then receives an offer from Europe which is worth only half of that money, there is no chance that he will accept it” said Kovač in an interview for plusliga.pl and then added:

“To be honest, I wish like that some of them had gone to Europe, because they would play in the strongest leagues of the world and would have to fight hard for a place in the team. They would learn to compete, which would improve the level of the National Team… I tried to convince them, but in response I only heard that Europeans are not paying enough…”

Do you remember my comments? Iranians will never play in europe. Same fore some other players from some other countries…