Tanzania is celebrating the growth of volleyball in its country thanks to the FIVB Development Fund. 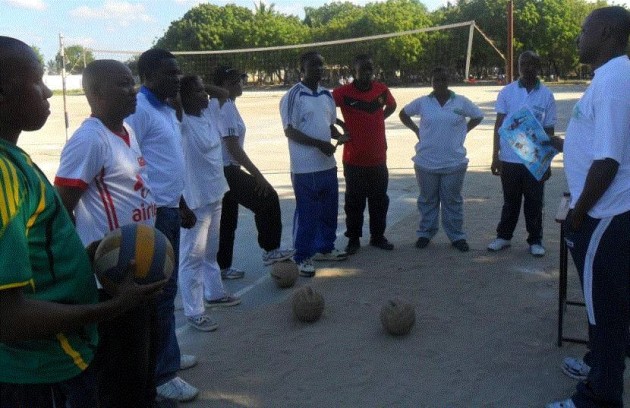 Participants at the training course in Dar es Salaam

The FIVB, in an article in the Tanzania Daily News, has been credited with making a major contribution to the development of volleyball in Tanzania following the provision of balls and nets and three subsequent training courses that aim to train primary- and secondary-school teachers.

The training courses resulted from a drive by the Tanzania Amateur Volleyball Association (TAVA) with backing from the FIVB to revive the sport in the country with the project reaching 600 teachers countrywide. On estimation each will pass on volleyball skills to 20 youth thus more than 10,000 youth will benefit from the project.

TAVA Chairman Augustino Agapa said the National Coaches Programme for secondary-school sports teachers will be carried out on a nationwide scale.

The FIVB contributed balls and nets to facilitate the programme, which will be supervised by national instructors in the country. To date, the programme has been held in Tanga, Zanzibar and Manyara.

“We conducted the training in Tanga where at least 30 secondary school teachers from all the districts in the Tanga region, as well as 25 others from Zanzibar attended the training“, Agapa reported after the first two programmes.

He said TAVA asked the FIVB for assistance via the FIVB Development Fund and they intend to reach 600 teachers countrywide. The teachers, in turn, are expected to pass on volleyball skills to at least 20 youngsters each for a total of around 10,000. Kilimanjaro, Arusha, Mwanza, Morogoro, Dodoma and Kagcra are next on the list of areas to be covered by the programme.

Agapa said he is keen to reverse the decline in volleyball in the country.

“We have witnessed falling standards of volleyball in the country because over the past nine years it was not active in schools“, Agapa explained.

The programme is already said to have had a big impact and it has received  positive coverage in the local media.

FIVB President Jizhong Wei has emphasized the core importance of encouraging the development of volleyball at the grassroots level, particularly in schools. Volleyball, he points out, encourages team spirit and has no physical contact and is an ideal sport for schools and children.