Eight teams are set to begin the battle for the final four berths to the London 2012 Olympic Games with Tokyo, Japan, hosts of the first ever Olympic volleyball tournament 48 years ago, providing the backdrop. 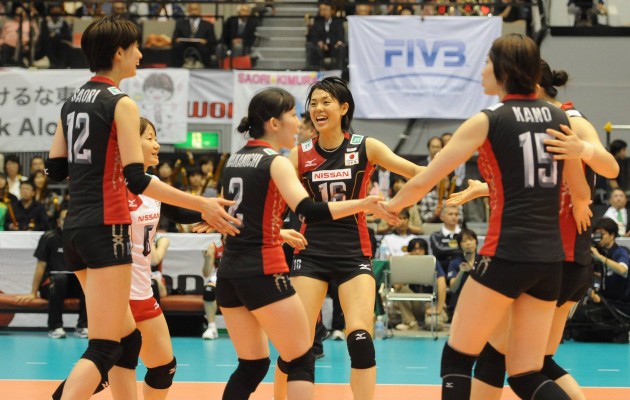 The FIVB World Olympic Qualification Tournament, which doubles as the Asian Olympic Continental Qualifier will see sides from Serbia, Russia, Cuba and Peru joining hosts Japan, Korea, Thailand and Chinese Taipei for the round-robin event that runs from May 19 to 27, including two days of rest, at the Tokyo Metropolitan Gymnasium.

The top three placed teams and the best ranked Asian side, independently of which countries finish in the podium positions, will be granted with tickets to the upcoming Summer Games in the UK capital.

Teams that have already secured berths in London include hosts Great Britain, Italy, United States and China as top-three ranked at the 2011 FIVB World Cup and the winners of Olympic Continental Qualifiers Algeria, Dominican Republic, Turkey and Brazil.

The General Technical Meeting will take place on Thursday evening followed by the traditional press conference with the teams’ coaches.

Friday’s action features Chinese Taipei against Serbia at 11:00 (local time) followed by the match between Thailand and Russia at 13:00. Korea meets Cuba at 16:00 and Peru challenge Japan at 19:10.

The third world ranked Japan, is seeking to add to its record of 10 participations in the Olympic Games which includes gold medals in Tokyo 1964 and Montreal 1976, silvers in Mexico 1968 and Munich 1972 and a bronze medal in Los Angeles 1984.

European champions and World Grand Prix bronze medalists Serbia, world No.6, are looking for a second pass to the Summer Games following a fifth place finish at the Beijing 2008 Olympics.

World Champions Russia, ranked No.7 and the most successful women’s team in the history of the Olympics with four gold medals and four silvers, were crowned here in Tokyo when the capital of Japan hosted the final round of the FIVB 2010 Women’s World Championship. The Russians claimed Olympic titles in Mexico 1968, Munich 1972, Moscow 1980 and Seoul 1988, and finished as runners-up in Tokyo 1964, Montreal 1976, Sydney 2000 and Athens 2004.

The three-time Olympic queens and world No.10 Cuba follow Russia in the table of gold medals with consecutive titles in Barcelona 1992, Atlanta 1996 and Sydney 2000 to go along with a bronze in 2004.

Thailand is seeking for its first ever opportunity to be in the Summer Games. They finished sixth in last year’s FIVB World Grand Prix and claimed the title of the 2009 Asian Championship when downed China.

Peru has participated at the Olympics seven times,  with the highest honour for the world No.17 a silver medal in the 1988 edition when they lost a memorable five-setter to Russia.

Chinese Taipei, the No. 28 in the world has never participated in the Olympics and arrives at  the tournament as the fifth ranked team of Asia since China has already qualified to London.