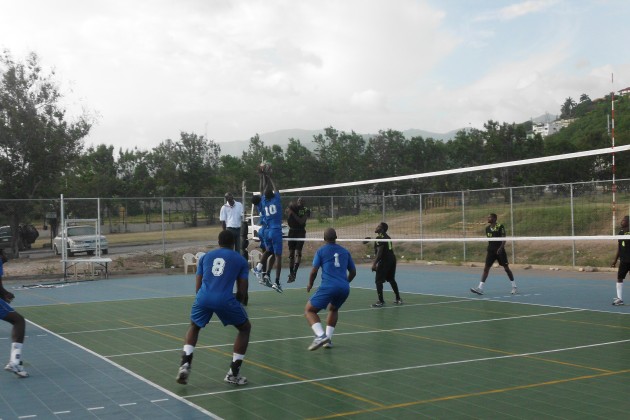 Coach Steve Davis believed that their victory was the result of a complete team effort, but highlighted the strong defensive and offensive performances of Keisha Miller and Deshaun Darlington who formed the backbone around which their game was built.

“Despite the score, the match was not easy; MOSA made us work for our points but our girls played a very balanced game and were able to respond appropriately to the challenge“, Davis said.

The teams, who were playing competitive outdoor volleyball for the first time in several years, had more than just their opponents to contend with gale-force winds and tropical sun made making the conditions tough.

“The conditions were less than ideal and there were times when I had my doubts about the feasibility of continuing with the matches there but I take my hat off to the teams and officials who quickly came to terms with the conditions and just made it their home“, Major Warrenton Dixon, JaVA president said. “ Notwhithstanding, we really need to get help to put a roof over this place if we are going to have a suitable home that will allow for our preparation for international competitions.”