With their participation in the 2013 CEV Volleyball Champions League that was confirmed by the CEV on Tuesday, Volero ZÜRICH is very much looking forward to the next campaign in Europe’s most elitist competition. 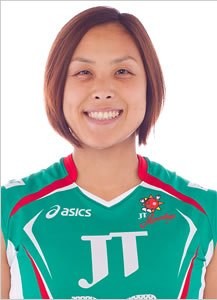 “This wild card represents an acknowledgement given by the European Confederation of the great work delivered by our club not simply out there on the court, but also for the quality of our general organization, thereby including also our plans for an ad-hoc Volleyball arena” says club chairman Stav Jacobi.

Volero is already finalizing the negotiations whereby some players will be joining the Swiss club for the upcoming season. Japan’s Naoko Hashimoto was already contracted and together with Kristel Marbach, a member of the Swiss national team, she will be Volero’s setter thereby replacing Serbian-born Bojana Zivkovic who was transferred to Russia to play there for Omichka OMSK REGION.

Hashimoto – who participated in the 2005 FIVB Junior World Championship with Japan’s national team – started her professional career in the Japanese V-League by playing first for Hisamitsu Springs and then this past season for JT Marvelous. She also spent a couple of years – from 2009 to 2011 – in Sweden for ENGELHOLM VK where she finished twice as runner-up of the national league and was voted MVP of that competition. Hashimoto is the first Asian player to join Volero in the history of the club based in Switzerland’s largest city.