An unexpected ending of the European League second round in the Netherlands followed on Sunday as Israel won against Greece in straight sets (25-12, 25-23, and 25-23). 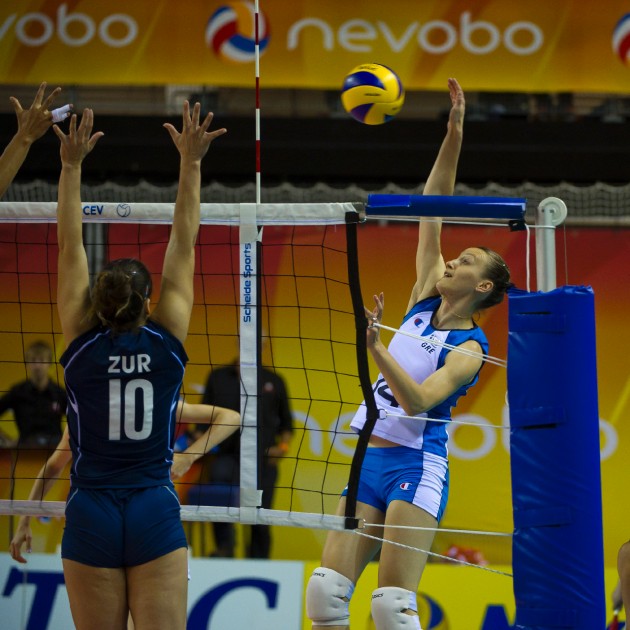 Israel surprised the Greeks in the opening set, before Greece knew what happened, the Israeli led by ten points (12:2). By the hand of Galit Devash and Ron Ponte, the Israeli train kept on running (15:8, 21:11). The team of head coach Arie Selinger created not less than twelve set points and cashed the second one.

In the second act, Greece took the lead in the opening phases (0:3) and kept on the good side of the score up to 9:10. Then Israel scored two points in a row, and thus took back the lead. The Greeks could not get a grip on the Israeli play (15:10) for a while. When the team of head coach Dimitrios Floros approached again, Selinger called his team on the side (15:14). Still, the Greeks managed to even the score at 17:17. In this phase both teams were equivalent, scoring in turn. It was a close call at the end of the set, which was again won by the youngsters of Selinger.

In the closing set, the score levelled again and again, before Greece took a modest lead of two points (13:15). Still, Israel kept on giving good party. After an ace of Israeli Anita Gluck, the scoreboard showed 18:18. Then the Israeli created a small gap (22:20) that stayed intact up to the end of the set to go for a fantastic first win for the young squad of Volleyball “grandfather” Arie Selinger.