Ever since Romania signed a disappointing defeat against Spain in the second day of the tournament, the squad trained by Atanas Petrov needed a victory in order to continue opting for the second position of the pool. Romania did not fail and achieved an important triumph after beating Hungary 3:0 (25-23, 25-23, 25-10) in the first match of the day. 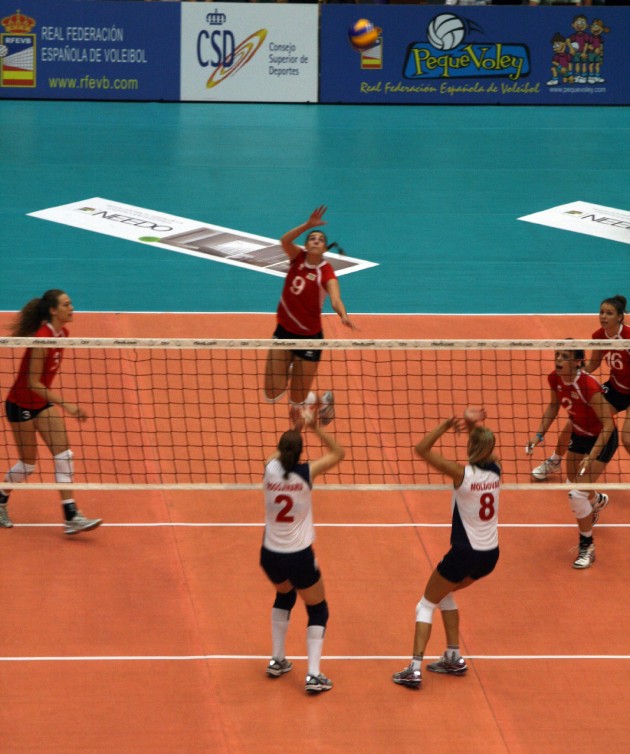 The Hungarian squad aimed for the first victory in the tournament and tried to dominate the match through the spikes by Bernadett Dekany but Romania managed to shake off their rivals’ animosity taking early leads in each of the sets and imposing an effective performance with Daiana Muresan and Nneka Onyejekwe as main references. Despite the efforts to turn back the tables, Hungary could not obtain its first points in the tournament as Romania proved too strong and closed the match in three sets.

”It was a good game for us. I really did not expect the third set to go as easily as it went, but anyway, the important thing is that we won and it is a good way for us to finish this tournament”, the head coach of Romania Atanas Petrov said. “I am satisfied with the attitude of the team, they had a lot of emotion and this is what really matters.  We hope we can continue with this attitude for the rest of the competition and achieve more wins”, added the Romanian coach.

The spirits were very different in the Hungarian team, as head coach Zoltan Jokay pointed out: “We started the match very slow and during the first two sets our mistakes made us lose the match.  The third set was really bad for us, we cannot do too much if we keep making so many mistakes”.