We will have the most interesting clash in the final of the CEV Cup: Dinamo – Trentino! 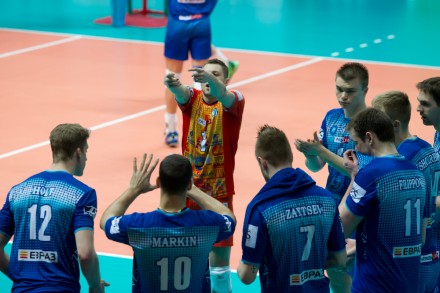 As it was expected, both teams have qualified for the two most important games in the second-ranked European competition.

After beating their rivals in the Russian capital, Dinamo won as guest with partial 25-19, 27-25, 32-30 thanks to 13 points from Denis Biryukov and 12 from Maxwell Holt. Asse-Lennik had Seppe Baetens with 13 and Jasper Diefenbach with 10.

Since Trentino won the first leg by 3-2, it will play in grand final.

Matey Kaziyski scored 18 points and Martin Němec 17 for the team from Trento while Dutch duo was the most efficient in Zaksa – Kay van Dijk had 17 and Dick Kooy 14.