The host China beat Cuba in straight sets in Ningbo for a winning start in the women's volleyball World Grand Prix final kicking off in China on Wednesday. 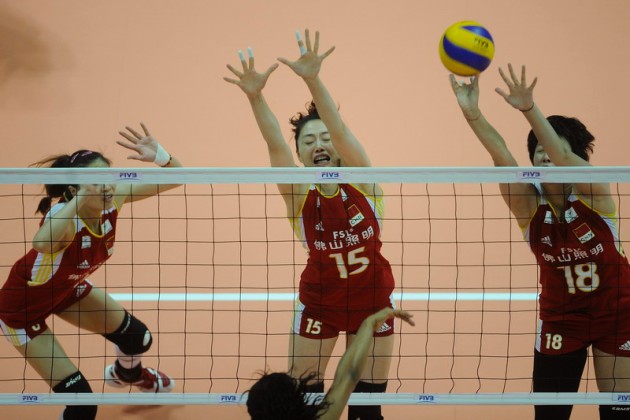 Tied at 20-all, China held two points advantage and Ma Yunwen‘s kill gave China the set point with a speedy kill, then Zhang Lei converted it to the winning point at 25-22.

China got its offense at the start of the second set and managed to lead at 5-2 to force Juan Carlos Gala Rodriguez, head coach of Cuba, to call a time-out. But China held the leading trend firmly and led the game 8-4 and enlarged the gap to 16-9 to lead into the second TTO. With Zhang‘s powerful spike from middle of the net, China led at 19-14 and never looked back.

China showed strong determination to win in the third set and they took the lead 5-1 with two out-side spikes by Hui Ruoqi. Then the women’s in red uniforms expanded their advantage to 15-9.

Cuba pulled back to get close to 11-15, but they wasted their chances to level the game with more spike and receiving errors.