Portugal held two Volley All Festivals in June, with a combined total of over 1,000 children taking part. 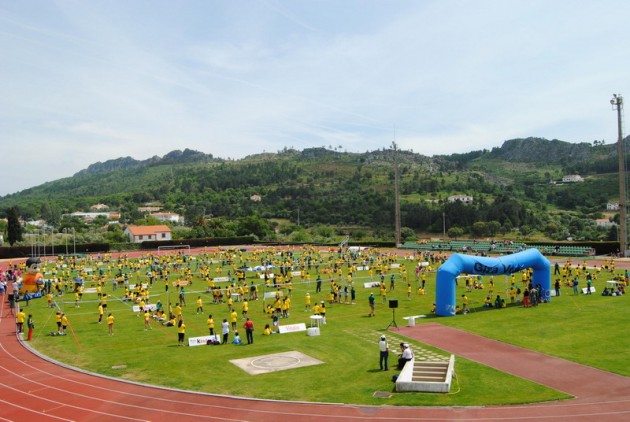 The 13th Gira-Volei National Meeting was the first to take place in Castelo de Vide from June 2 to 3.

More than 750 players turned out to play on 51 courts.

The Kinder Cup was then held on June 23 and 24 in Guimarães.

The finals took place during the third tournament of the 2012 FIVB Volleyball World League Intercontinental Round in Portugal, with 22 courts set up outside the Multiusos of Guimarães Hall where the matches were taking place.

Over 250 children played across the weekend and were also able to learn from some of the world’s best volleyball players.