The last round of action in preliminary Pool B of the 2012 CEV Volleyball European League – Women is about to start in Metz where the home heroines of France will be playing Switzerland on Thursday to finish it off with Turkey and Bulgaria on Friday and Saturday respectively. 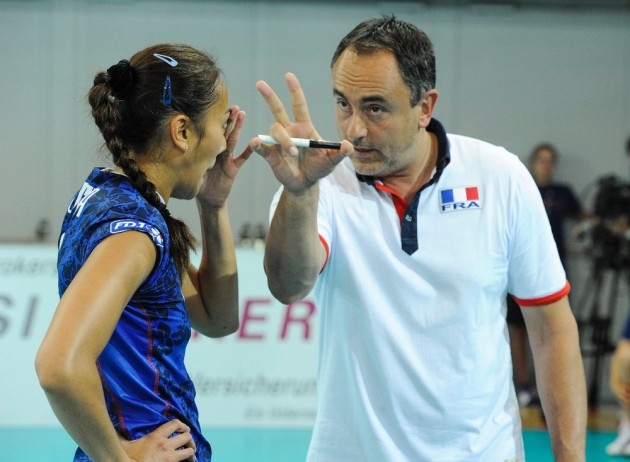 Bulgaria stands on top of the charts in the group and with 26 points the players around Italian-born head coach Marcello Abbondanza have already booked their spot for the final four coming up next week in Karlovy Vary (Czech Republic). This last round is hence seen by the home side as a very good chance to test out its quality before starting the preparations for the qualifying round to the 2013 European Championship that is scheduled for this coming September. “This weekend will be useful to complete the first half of the season and since our chances to make it to the final four are gone, our goal will be to sweep all of these three matches in front of our fans” stresses head coach Fabrice Vial.

Veronika Hudima has left the group after the last round played in Fribourg, Switzerland, as she was struggling with some injuries, while middle blocker Isaline Sager-Weider – who plays for the runner-up of the national league, ASPTT MULHOUSE – has joined the team or this last leg of the prelims.