Cuba became the third team to book their place in the 2012 FIVB Volleyball World League Finals on Thursday while Russia’s slim hopes of a place in the next round were extinguished by Japan in Belgrade, Serbia. 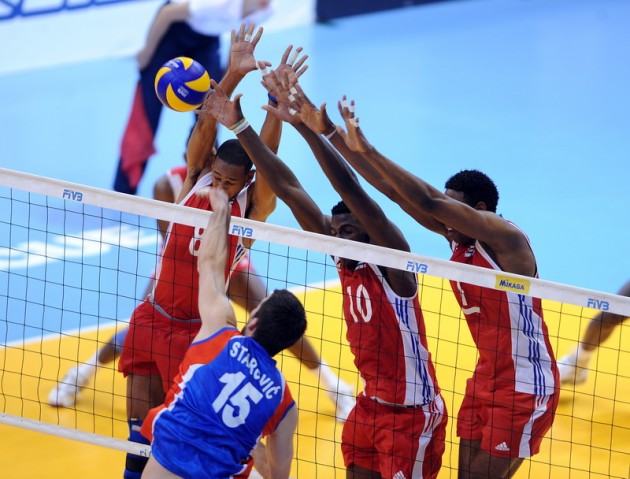 “I want to congratulate my players for reaching the Final Tournament because we didn’t think that we would do it this year, because frankly speaking, Serbia and Russia are two of the best teams in the world,” Cuba coach Orlando Samuels said. “As for the match, no matter who plays on the court it is always very difficult to play against Serbia. Of course, we are very happy with this victory, it was a good and unpredictable match that both teams could have won.”