SUI: China moved in to top three of the women’s ranking

China’s fifth place performance at the 2012 FIVB Volleyball World Grand Prix saw them move into the top three in the women’s ranking after the latest tables were unveiled by the FIVB on Monday. 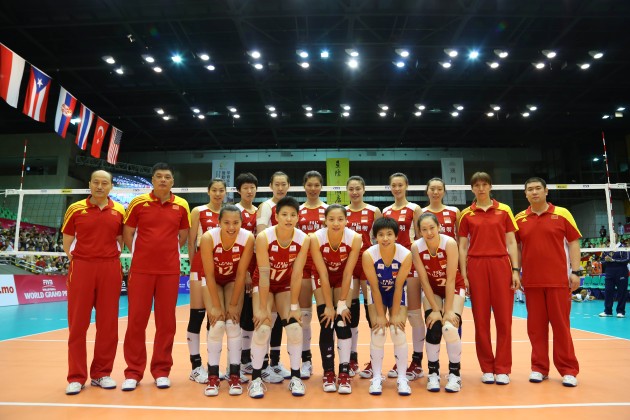 China’s performance at the World Grand Prix Finals in Ningbo saw them edge up the table but USA and Brazil remain world No.1 and 2 respectively in the women’s standings.

China’s gain comes at the expense of Japan who dropped two places to fifth, one place below Italy. Germany also moved two places up the rankings into sixth while Serbia fall a spot to seventh.

Turkey were the biggest winners in the adjustment, with their first World Grand Prix bronze medal seeing them surge three places into eighth. Russia dropped two places to ninth while Cuba remained 10th.

Meanwhile, Dominican Republic moved outside the top ten, dropping two spots to 11th. The only other movers in the top twenty were Poland and Kenya, who both gained a place, rising to 13th and 14th respectively at the expense of Korea who fell two spots.