FRA M: Lukas Bauer on the “atmosphere” in Sete 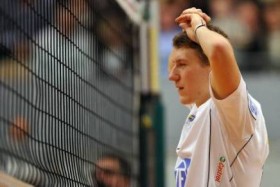 Newcomer of the year on the middle blocker position needed only one year to attract the attention of major teams. Sete, the third of the regular season, has set his sights on the German player. It’s a real satisfaction for the player who had to stop his season suddenly after suffering a stress fracture.

“I love the atmosphere in Sète, not only regarding the fans, but all the energy that surrounds team” Bauer said. “After Toulouse, I found another beautiful city. I hope we will have better results next season.”

FRA M: Patrick Duflos is wary of all the teams

PURE DOMINATION: This is how Kaziyski bombs...