Canada has scored the first win at the FIVB World Cup 2015 in Japan after five uncertain sets against Egypt. 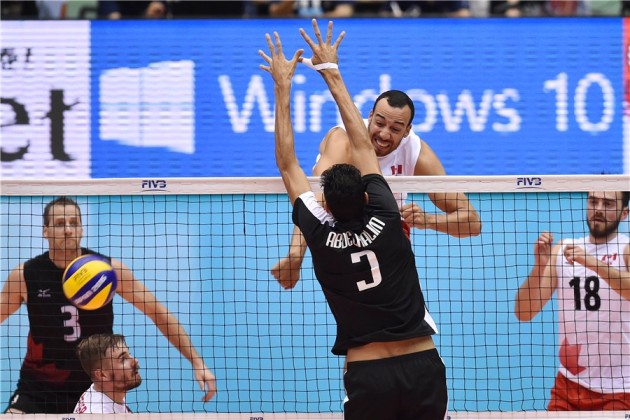 Egypt opened match much stronger than Canada (4-1). Schmitt and Co. made so many mistakes, especially in serve so at the first technical time out the result was 8-5 for Egypt. The opponents led 12-8 when the Canadian coach Glenn Arthur Hoag called time out. Egypt had 14-8 when Canada made series of 1-10 for the leadership of 18-15. Canada came first to the set point and Schmitt’s spike gave his team the set 25-22.

After big fight at the beginning of the fourth set, Canada equalized 6-6 and Egypt needed to call time out. That moment was crucial because the guys started to play without mistakes. They led 20-17 but Canada equalized on 24-24. Egypt used the second set ball for 2-2 (26-24).

Tie-break was very tight from the beginning. Teams have played point by point but Canada had lead when they changed the sides (8-7). With strong attack of Nicholas Hoag they had new lead but Abdalla blocked for 10-10. Moneim‘s spike brought Canada new lead 12-10 and Egypt needed to call time out. Canada played as nothing happened before, they were unstoppable. First Hoag, then Frederic Winters brought match point 14-11 and Schmitt hammered for 15-12.

Best scorer in Canada was Schmitt  with 21 points while Abdelhay scored 36 for Egypt. 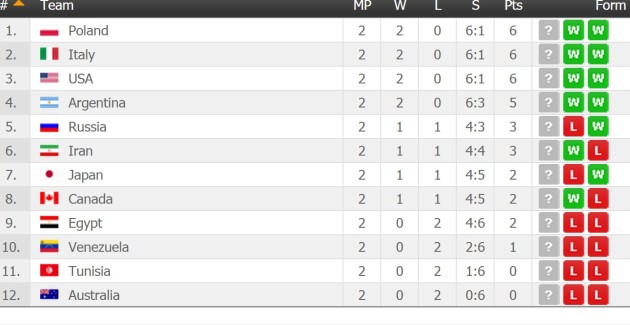