Hungary will play in the Playoffs stage of the European Championship 2015. In the crucial match of Pool B, team of coach Jan De Brant made a sensational win against Azerbaijan and seized 3rd place in the Pool. On the other side Azerbaijan got eliminated! 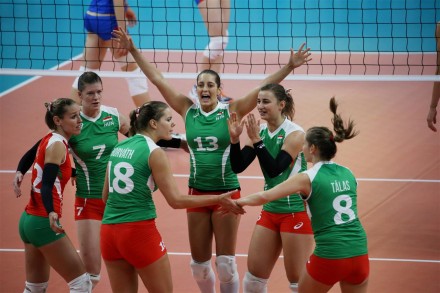 From the beginning Hungary showed a greater desire for victory. They opened the first set with 4-0 and then escaped to 8-5 thanks to amazing attacks and defense. On the other side of the net Azerbaijan made so many mistakes and Rahimova was out of her ususal shape. The 1st set was finished with 25-16 for Hungary.

It was expected that Azerbaijan will take over the control of the game after winning in such a close set, but that was not the case. Hungary outplayed their rivals in every game element and won the next two sets for 3-1 win! Pallag scored a historic last point which took Hungary into the Playoffs stage and which eliminated Azerbaijan from EuroVolley 2015.