The head coach of Bulgarian national team Plamen Konstantinov was very happy after the win against the Netherlands. 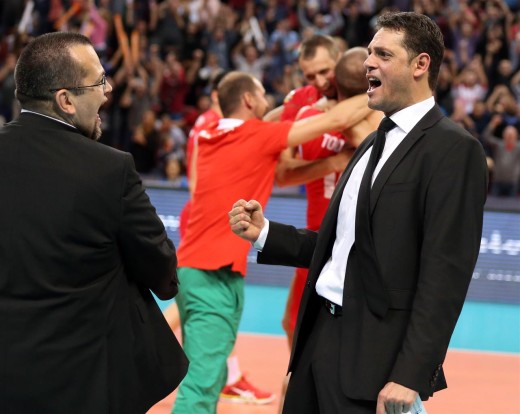 “It was a tough match, because both teams wanted to win in order to have an extra day of rest. We needed it more, because of the many injury issues we are having. Now these two days off that we have may prove decisive. The audience was fantastic. Without our fans it would have been difficult to pick ourselves up and come back. Our team spirit triumphed. Unlike yesterday’s match deliberately lost by Germany, our game with The Netherlands was great for the spectators, a true promotion of our sport.”

Gido Vermeulen, head coach of The Netherlands: “It was a big fight, a fight between good players. I am very disappointed. I think that we were the better team today. There was a strange thing in the second set, but the players on the court played a fair game, they supported each other. They enjoyed playing this game. At the end the fifth set was a gamble. And the audience helped the Bulgarians win. We want to win the game against Slovenia, but we need to recover first.”

CUB M: Santiago is the only unbeaten...