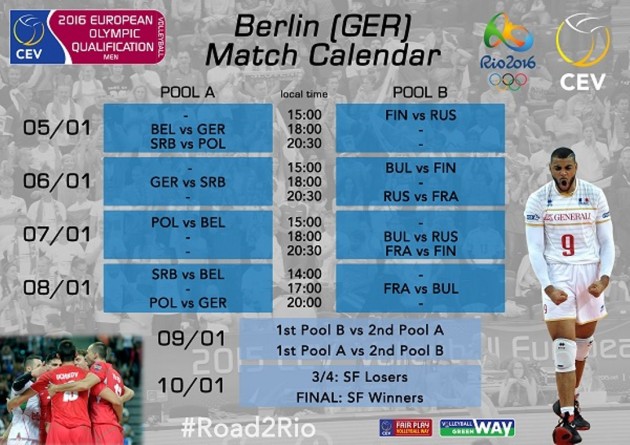 Qualifying tournaments in both competitions, female and male, are coming up in early January in Ankara and Berlin.

The men’s qualifier will take place at Berlin’s “Max-Schmeling Hall” (Germany). The pool phase will come to an end on January 8 and will be followed by crossed semi-finals before bronze medal and final match (winners go to Rio) on January 10. The 2nd and 3rd-placed team will have the last chance for the Olympics during the FIVB World Qualifications in May/June 2016, in Japan.

The women’s competition at “Başkent Volleyball Hall” in Ankara, Turkey, will get underway on January 4. The pool phase will end on January 7 and will be followed by crossed semi-finals before the competition reaches the 3rd place and the final match whose winners will secure a ticket to the 2016 Rio Olympics, on January 9. Similarly to men, the runners-up and the 3rd-placed team will have one more chance to go to Rio via the FIVB World Olympic Qualification Tournament in May/June 2016, in Japan. 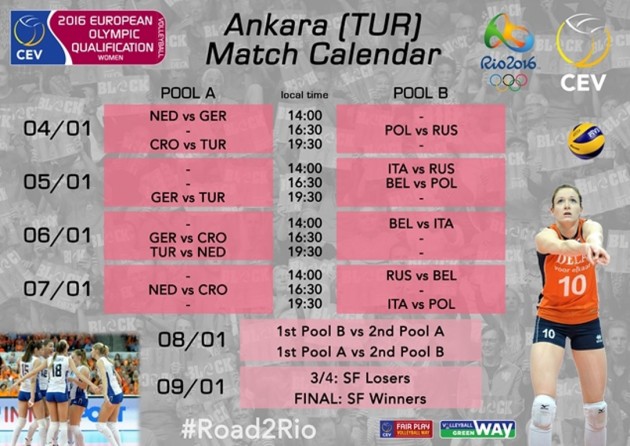 Recall that Serbia (women) and Italy (men) have already secured their participation at the 2016 Rio Olympics by finishing second at the 2015 FIVB World Cup held in Japan.