The Embassy of Japan in London, which is situated in Piccadilly, just in front of Green Park, is hosting an exhibition dedicated to the 1964 Olympic Games in Tokyo. During the Olympics, tourists and spectators of the Games are warmly welcomed to pay a visit. Tokyo 1964 were the first Olympic Games where volleyball was included in the program. 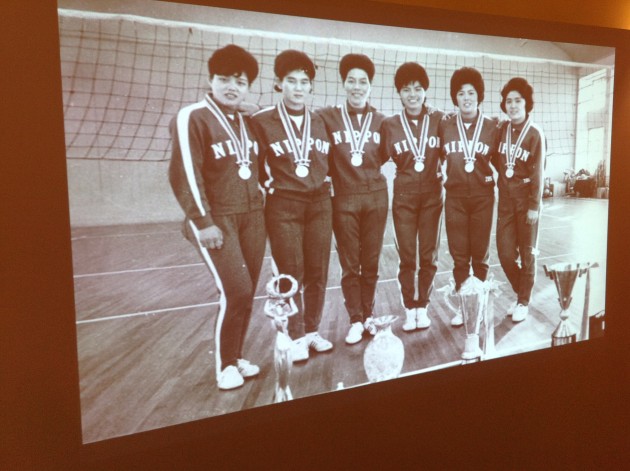 The team of Japan at the Olympic debut in 1964

Many photos and memorabilia are displayed, like shoots made by the British athletes who took part in the competition, by a young Japanese woman who worked in the Olympic Athletes’ Village, the tourists visiting Tokyo, the spectators, the interpreters for the BBC, the Olympic Attaché posted to the British Embassy in Tokyo.

The Tokyo Olympic Games were the first to be broadcasted in colors through sat. Many spectacular venues were built for the event, like one of the favorite house of volleyball in Japan, the Yoyogi Stadium, designed by visionary architect Kenzo Tange and used at that time as swimming pool. It was even the official launch of the Shinkansen, the bullet train.

They were also the first Olympic Games with a visual design: sport pictograms were designed by Kamekura Yusaku and used to give a coordinate and consistent image of the Games.

Japan won gold in Tokyo with the women’s team. Led by coach Hirofumi Daimatsu, the hosts beat USSR and gave up only one set in six matches, to eventual bronze medalists Poland.