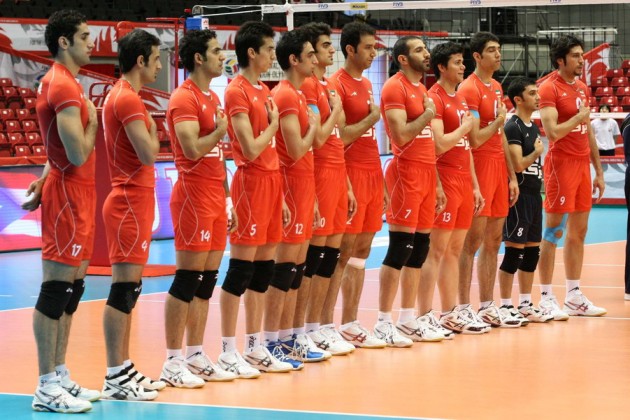 Meanwhile, national coach Julio Velasco announced the list of 20 players that will participate in training sessions for the men’s senior team.

After the sessions 12 of those 20 will be chosen to travel to Slovenia from August 23 to 26 where they will begin the first round of their 2013 World League qualification matches. They will then travel to Cairo, Egypt for two matches on September 13 and 16 and, if they overcome the hosts, will host Japan’s national team on September 20 and 22 in Tehran. The winners will earn their ticket to the 2013 FIVB Volleyball World League.

The junior women’s team has also started their training camp. Coach Molouk Sharifzadeh has invited 18 players for the 11-day session.

After the camp the junior women will travel to Thailand for the 16th Asian Junior Women’s Championship from October 1 to 9. Pool A action will see Iran play New Zealand, Thailand, TKM and Kuwait.

Iran’s youth teams, for both girls and boys, are coming together as well.

The girls’ youth team coach, Parvin Yadavar, has invited 18 players to join the team’s training camp. They will then participate in the ninth Asian Youth Girls’ Volleyball Championship in Chengdu, China, October 12 to 20. Iran will be in Group B along with Japan, Australia and India.

The boys’ youth team held a match against its rival junior-selected AGGALA team as part of their 23rd training camp with over 2,000 spectators watching the clash. The team’s 24th training camp will take place in Tehran as the team prepares for the ninth Asian Youth Boys’ Championship, starting October 23 in Esfahan, Iran.