ROAD TO RIO: Wide list of Japan’s Men’s and Women’s NT got announced

Head coaches of both Women’s and Men’s National Team of Japan announced wide list of players for upcoming obligations in 2016. 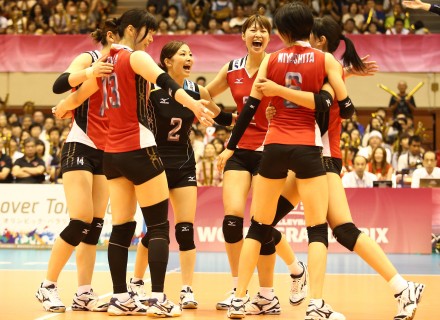 Japanese Women’s National Team will start preparing in a training camp from mid-March, and in April, China will join them for a friendly match. Japanese ladies will have three main committments in the next several months. Firstly, World Qualification Tournament for the 2016 Rio Olympics, on May 14-22 in Tokyo. Then, they will play the 2016 FIVB World Grand Prix  – Group 1 in June, and finally, the most important obligation – the 2016 Olympic Games in Rio de Janeiro, in August. Japan’s NT took bronze medal at previous Olympics, in London, in 2012.

As for the Men’s National Team of Japan, they will try to secure spot at the Olympic Games for the first time after Beijing 2008 throughout World Qualification Tournament in Tokyo, on May 28-June 5. But, before that, Japan will play at the 2016 FIVB World League – Group 2, in June. They will also gather in a training camp in the middle of March.