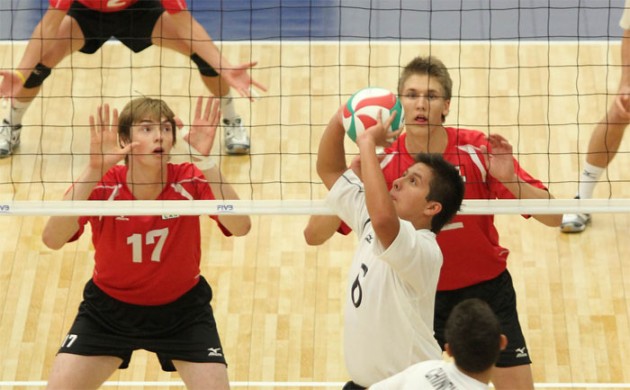 With the score tight in the opening set, Canada dominated the end for a 25-15 victory. Canada continued the pressure in the second set without allowing Guatemala to come close in a 25-13 victory. Guatemala scored the first two points of the third set and led 9-7, but Canada propelled to a 25-21 victory with the final five points.

Aside from a dominating block, Canada produced a 7-0 margin in aces to offset 21 miscues to Guatemala’s 18.

Canada returns to Pool B action on Tuesday against Curacao at 11:00, while Guatemala will takes on Puerto Rico at 15:00.

“First I want to congratulate Guatemala for a great match, they put up a good fight especially in the third set”, Canada captain Milan Nikic said. “I thought we made some good in-game adjustments, but we still have a few things to work on.”

“I thought Guatemala challenged us today”, Canada coach David Preston said. “They had great speed and execution, and their outsides were faster than what we have faced in training. I thought we made some good in-game adjustments and got the result we wanted. However, I think we still need to improve.”

“We feel we have similar skill with Canada, but they are taller and were faster than us”, Guatemala captain Erick Noel Colindres Ipina said.

“The taller players for Canada was a difference, along with their power and strength”, Guatemala head coach Jorge Chavez said. “My players are happy and proud to have played against them. We have three or four players with similar size and skill who can play at Canada’s level.”