Mexico handled Honduras 25-15, 26-24, 25-14 Tuesday afternoon in Pool B to improve to 2-0 in the NORCECA Men’s Junior Continental Championship being held at the U.S. Olympic Training Center in Colorado Springs, Colo. 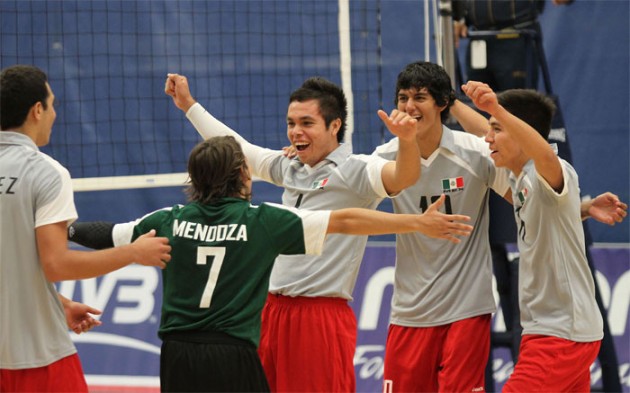 Mexico will finish the preliminary round on Wednesday evening against host United States at 17:30, while Honduras will look to reach the win column on Wednesday against St. Vincent and the Grenadines at 13:00.

Mexico held slim edges of 6-3 in blocks and 4-1 in aces. Mexico benefited from 23 Honduras errors while having just 21 errors of its own.

Mexico rallied from a 10-8 deficit in the opening set, sparked by an 8-1 run en route to a 25-15 victory. Honduras started the second set strong with a 13-10 advantage, but Mexico charged to a 14-13 lead. Honduras knotted the score up 23-23 on two straight points only to have Mexico win the set 26-24 with the final two points. Mexico reached an 11-4 advantage in the third set with five straight points after Padilla went down with an injury. Mexico finished out the set at 25-14.

“We started out very slow,” Mexico head coach Justo Arias said. “We were a little nervous, so we made some technical changes and the team did great because they were ready. I think the third game we had confidence. I am sorry about the Honduras player who was injured. I want to congratulate Honduras for giving us a good match.”

“We knew it would be a hard match today,” Mexico captain Jonathan Ponce said. “Personally, I was a little nervous today and so was the team. Everybody saw that. Our setter did a great job coming into the match. Tomorrow will be a good match (with USA).”

“We had a lack of attitude today and that was affected even more when one of our best players and leaders on the court got injured,” Honduras head coach Rony Martinez said. “Our setter did well today and opened up the game. We failed to follow the instructions given in the technical meeting before the match.”

“We knew this would be a tough match,” Honduras captain Ricardo Vasquez said. “We did not do our best today. We want to congratulate Mexico for a great match.”