Playing at home and looking to build on their storied history in international volleyball, the Dutch men’s team is expected to overcome Portugal in their two-game playoff September 1 and 2. Portugal has yet to take a set from the Netherlands in an international competition, most recently falling to them in the third round of the 2010 World Championship qualifier. 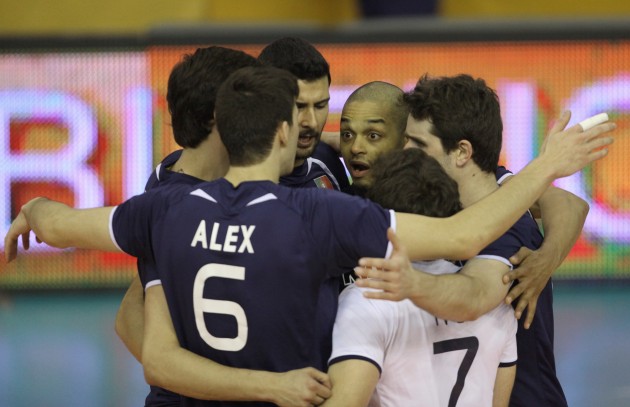 In fact, the last time Portugal defeated the Netherlands was at the European Championships in 1951. The Portuguese team is in the midst of a rebuilding phase at the moment, following the retirement of several high-profile veterans and the arrival of a new coach, Flavio Gulinelli. The team will hope that their new look, and rising stars like Alexandre Ferreira, will help them overcome the weight of history and remain World League contenders in 2013.

The Dutch are themselves hoping for a restart. They sat out World League 2011 and 2012 after enduring a disappointing year in 2010. Coach Edwin Benne has decided that they are now ready to make their presence felt again and recover some of the lustre Dutch teams have enjoyed in the past. They are off to a good start, having already won the European League in 2012.

The other two teams battling for a berth in World League 2013 are Egypt and Iran. On paper, at least, it would be hard to find a more evenly-matched pair to set against each other for a two-game playoff. Egypt is currently 13th in the FIVB world rankings. Iran is 14th. Since 2009 the teams have played each other three times, with a 2-1 advantage in their head-to-heads going to Iran on the strength of a close five-set victory in the 2009 Grand Champions Cup.

The Iranian team travelled extensively in the weeks leading up to their meeting with Egypt, getting used to playing away from home before flying to Cairo to face both a strong team and a partisan crowd.

“The Egyptian team has an intangible quality – even when they’re in a poor situation, their players do not give up their spirit and they play like champions”, said Iran coach Julio Vasquez. “It is true that there was political change in their country, but we should not forget that we are now playing against a new Egyptian team. Those players are stepping onto the court to show everyone the new Egypt. Also, Egypt are a naturally good team. They play good volleyball, and we will have to be even better to win against them.”

Egypt’s new coach, Hossam Abdel Aziz, took responsibility for the squad after the World Olympic Qualifier in Sofia, Bulgaria, last June. His main concern is that, since that qualifier, the Egyptian team hasn’t been able to play any friendly matches.

“We worked very hard in the last three weeks to get the team into top performance shape before the first match against Iran”, said Abdel-Aziz. “We’ve been depending on tactical matches between our own players to make up for lack of friendly matches. We also followed the Iranian team’s last matches to study their players – especially their last match against Egypt in the 2011 World Cup.”