NORCECA W: Brazil improve to 2-0 in Pool A 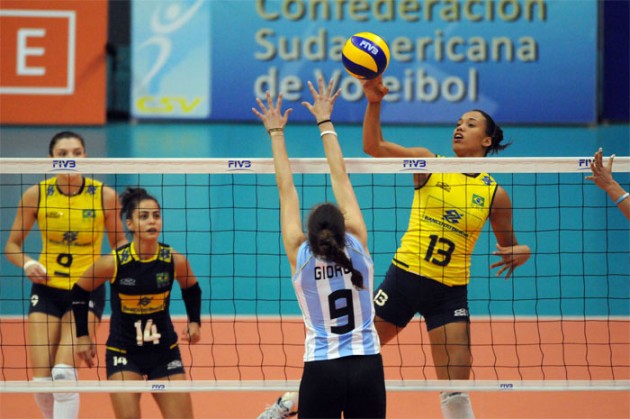 Brazil improved their win-loss record to 2-0 and Argentina fell to 1-1 as both teams were coming off victories in the opening day in Pool A.

The winners held a commanding offensive margin with a 42-30 advantage in kills and produced an 8-3 difference in blocks. Both teams scored six service winners.

Gabriela Braga Guimaraes and Rosamaria Montibeller topped Brazil with 18 and 16 points respectively and both players had 1 block and 2 aces. Argentina’s Lucia Fresco was the only player of her side with double figures in the scoring charts finishing with 18 points, including two blocks.

POL M: In Kielce they have no doubts