War of fans – Did Italian players steal the idea from French players?

Fans on social networks started a little war on who is original and who is copy. Here’s the thing...

France Men’s National Team, also known as „Team Yavbou“, established a concept of volleyball choreography a year or more ago. It consists of various kinds of imitations or own ideas of the players of how to pose on a group photo before each game. See some examples if you don’t know what we are talking about… 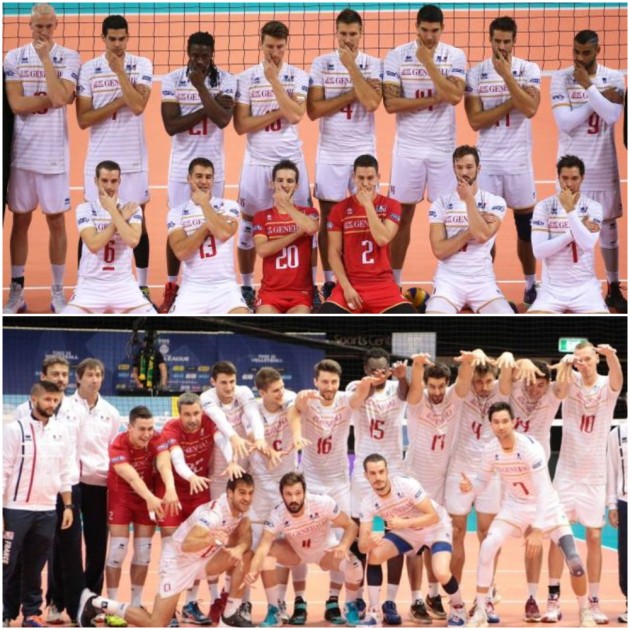 But, as from the 2016 Rio Olympics, another national team started to do the same by using different kinds of interesting choreographies – Italy. So, many fans started to attack „Azzurri“ for stealing a concept from the French players… 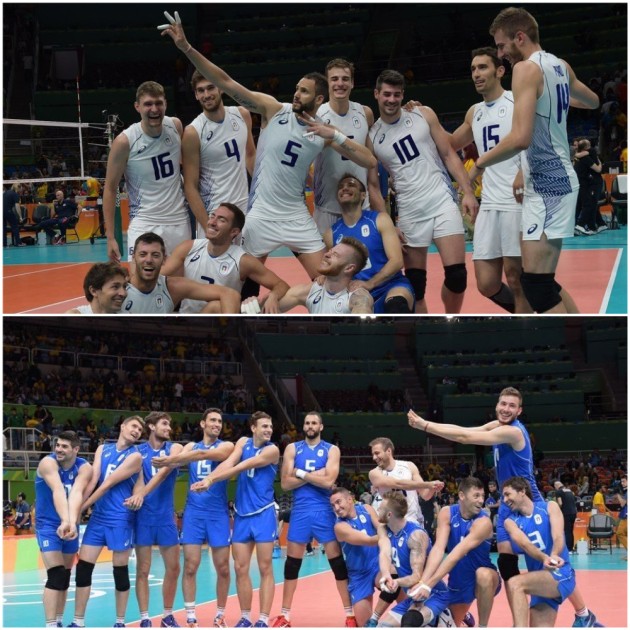 The question is simple – do you think that Italian players copy French players or they started their own thing which is only similar to the French idea?

Well. Italians do it better and creates more impact to the people. So whatever it is im on Italy.

Let they do, what they want. Behaviour like this makes volleyball more interesting. I don’t mind if Poland, USA, Russia, Iran or Serbia or several other teams do the same.

One thing is right: Brazil is the big Champion

There is a meaning to each photo of Team Yavbou.
The first picture, for example, was taken during the France-Croatia match and was a tribute to French football player Lilian Thuram who scored 3 goal against Croatia in the semi-final of the 1998 World Cup.
Thuram had taken this attitude after scoring his last goal.
http://img0.cfstatic.com/coupe-du-monde/coupe-du-monde-1998-la-joie-de-lilian-thuram-apres-son-deuxieme-but-en-demi-finale-contre-la-croatie_78624_w620.jpg

The second photo was taken at the World League in Australia and represents surfers in a wave.

Is there such a concept in photographs of the Italians? If this is the case, we will have a new form of competition between the two teams which will be very nice!