EC W: France’s and Belgium’s ladies live up to all expectations in opening day

France and Belgium scored two speedy wins in the opening day of the European qualifier – Pool E that is currently taking place in Slovenia’s second largest city, Maribor. France easily disposed of the local heroines (25-17, 25-20, and 25-21). France trailed 0:6 in the opening set but quickly found their best play to cruise to that well-deserved 3:0 win. 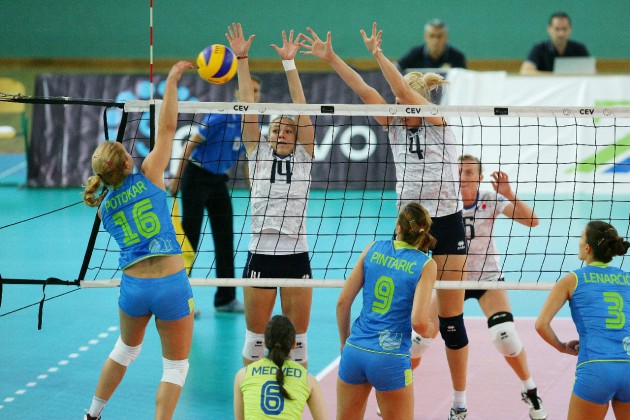 Slovenia’s head coach Oleg Gorbachov said his players were really nervous, overwhelmed by the pressure resulting from this home debut and could not show their real potential.

In the other match of the day Belgium routed Montenegro in straight sets as well (25-13, 25-14, and 25-11) in a game that was literally one-sided and where Belgium did never lose full control of the operations.

At the end of the first day the top favorites for the sole ticket at stake to make it directly to the final round of the European Championship are hence comfortably atop of the charts.