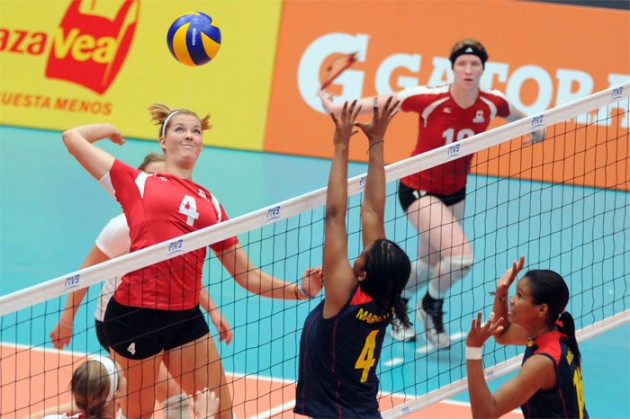 The North Americans held advantage of 11-4 in the blocking category and trailed 6-5 in the serving aces department.

“I am very proud of my team because they played with good personality and character”, Canada’s coach Ryan Hofer said. “We knew Colombia was going to be tough but we were able to solve the situations in complicated moments.”

“We played bad with mistakes in our reception, inconsistent attack and difficulties with our passing”, Colombia’s coach Oscar Guevara admitted. “Despite all of that, we were close but we are still without tasting the flavor of one victory.”

Kelci French, the captain of Canada said: “It was an entertaining match and our blocking and defense worked well.”

Maria Alejandra Marin, the captain of Colombia: “We gave away too many points with our mistakes and missed too many serves.”

EC W: France’s and Belgium’s ladies live up to all expectations in opening day