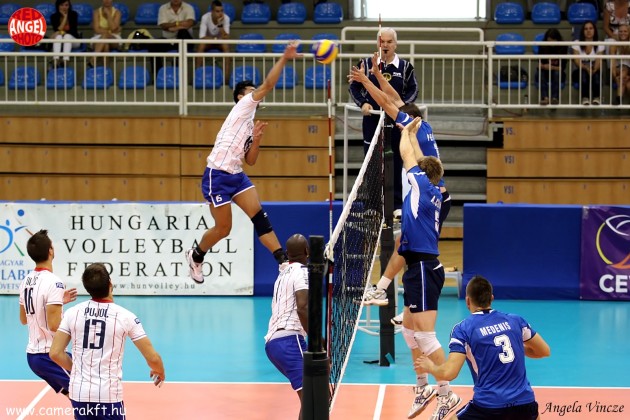 Latvia actually started well but France clawed back to seize the opening set. Latvia re-grouped in set 2 to cruise to a rather surprising 25-19 but France responded well in the third set, where the “Bleus” stood out with their blocks and spikes to pocket that section of the game with ease (25-18). France did not lose composure in set 4 and could eventually seal the final 3:1 (25-22) whereby the side mentored by Laurent Tillie remains atop of the charts.

In the other match of the day, the hosts of Hungary were edged by Spain with the score of 1:3 (17-25, 25-23, 16-25, and 18-25). The teams fought neck-to-neck halfway through the first set but Spain then changed gear to go for a comfortable 25-17. Hungary played superbly in set 2 and could celebrate the provisional 1:1 (25-23) before Spain stepped up once more to cruise to a speedy 25-16 in set 3. Hungary put up a real fight in the early phases of set 4 but Spain was just too solid and could eventually celebrate their first win in the tournament.