Iranian opposite and also a captain of Shahrdari Tabriz, Mikaeil Tajer, will not go to play in Turkey next season after all. 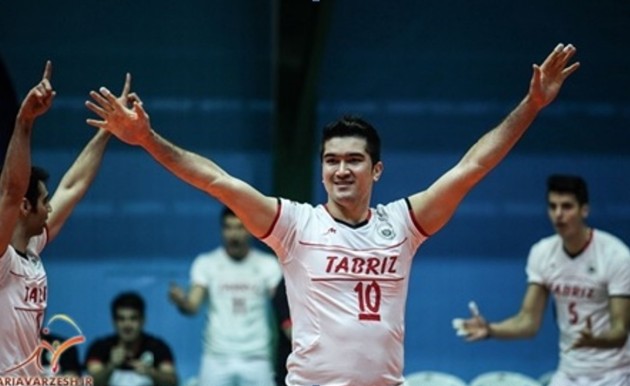 One month ago, a 32-year-old former member of Iranian National Team signed contract with newcomers in the Turkish Championship MSK Urfa.

Nevertheless, Tajer has just returned his home country and joined Bazargani Javaheri Havoush Gonbad VC training. There is also an option to reinforce his last season’s team Shahrdari Tabriz but it is a slim option since the club has signed a contract with the new player on his position.

“At the moment I have some proposals. I train with Ghonbad to keep my physical readiness good and will make my mind in coming days. Even though they didn’t have a professional coach, at first Urfa had an idea to employ powerful players for getting a place among top four teams in the Turkish league. But, it did not occur. Also, they didn’t fulfill their financial commitments. We held a meeting and mutually terminated the contract. The atmosphere in the city of Şanlıurfa (Urfa) was not perfect for my family since it’s on the border with Syria. For all these reasons I decided to go back to Iran,” Tajer explained his reasons for leaving Urfa.

See which teams will participate in 2016/2017 Iranian Super League.

RUS M: Dinamo Moscow and Belogorie Belgorod had to pay fines because of their coaches