Azerbaijan’s ladies showed their class this past weekend in Salo, Finland, as they swept all of their matches for the first round of their European qualifier without conceding any set to their opponents but to qualify directly for the final round coming up next year in Germany and Switzerland the group will have to stretch that winning streak also this coming weekend in Baku. 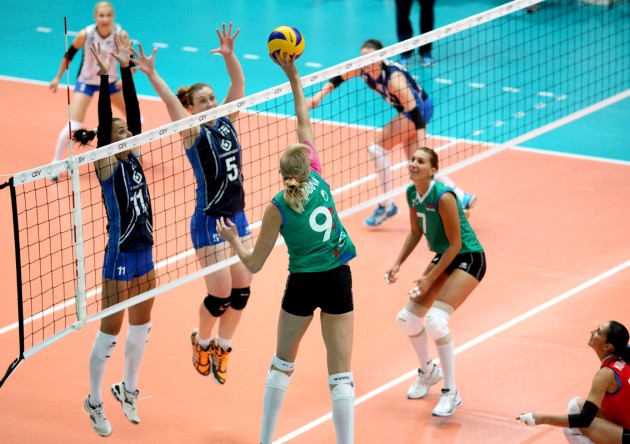 According to head coach Faig Garayev, the main rival for that sole ticket to make it to the 2013 European Championship is Belarus. However, they were also defeated in straight sets by the Azeri ladies in Salo but the task won’t be easy in Baku as Azerbaijan will be missing some top players, like for instance Oksana Parkhomenko, Polina Rahimova and Kseniya Kovalenko.

Local star Natalya Mammadova will certainly try to take her side by the hand as she did last week in Finland but Azerbaijan will need to prove their class and skills out there on the court.

Apart from Belarus, Azerbaijan will be playing also Finland and Austria but it looks like these sides do not have the necessary quality to stop the home heroines in Baku from claiming their much wanted European ticket.

BRA M: Rodrigão sings with Qatar team and compete in the World Clubs