Noliko MAASEIK recently signed a couple of players to be added to the roster of Belgium’s national champion. For the 22-year old US American setter Kyle Caldwell, who hails from Newport Beach, California, this will be the start of a professional career in Volleyball and he is about to embark on this adventure in Maaseik together with Dutch middle blocker Lars Lorsheijd. 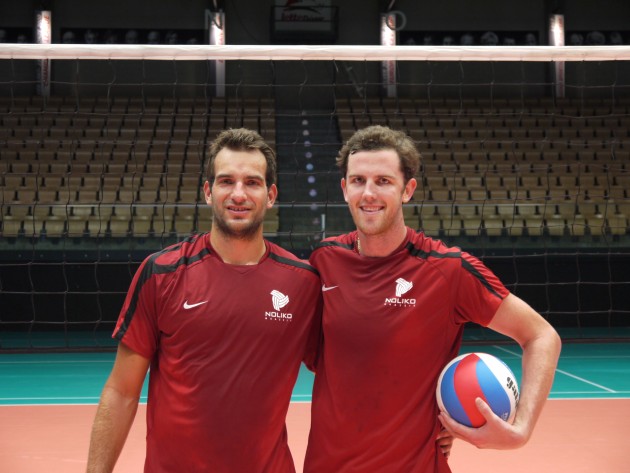 Caldwell has been playing for the University of California and was part of the US national team that participated in last year’s Panamerican Games in Guadalajara, Mexico. He will replace Dutch setter Yannick van Harskamp who has left Maaseik to play in Italy for Sir PERUGIA.

“I am really looking forward to this challenge. Noliko has a good team and an impressive record in domestic as well as in European competitions” he says. “This is a great opportunity for me to know more about my skills and improve as a player”.

Since middle blocker Pieter Verhees was contracted by another Italian club, Andreoli LATINA, Noliko eventually opted for Lorsheijd, who played last season for TOURCOING Volley in France. “This is a great challenge and big step in my career as Noliko has set high goals in the national league as well as in the CEV Volleyball Champions League” stresses the 27-year old Dutch player.

EC W: Romania outclasses Portugal to stay atop of the standings