Portugal men’s national team is ready to play Belarus in the opening game of the second round robin for Pool A that takes place this weekend in Ankara and whereby the first ranked of the group will qualify for the final round of the 2013 European Championship. 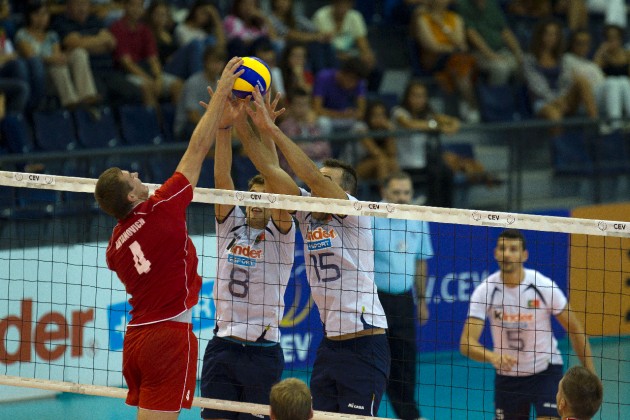 “As we have seen last week in Vila do Conde this Pool is very balanced and even Great Britain that was initially considered as less competitive than the other sides delivered a good impression in all of their matches” says assistant coach Hugo Silva. “This can be explained via the experience that they got at the London Olympics. Belarus, the current leader of the group, is not a surprise as they have the advantage that the group is playing together all year round, for Stroitel MINSK, a club that competes in the Russian national league, with the only exception of Aleh Akhrem who is based in Poland. This is a great advantage because they know each other very well”.

Looking back at the first round in Vila do Conde, Silva says: “We played below our standards against Great Britain and Belarus. We improved a bit against Turkey and we realized that we can make it to the next level. Turkey was sidelined by the injury of their outside hitter, who fractured his nose, but I think he will be back for the matches in Ankara. We expect tough matches and the winner of the group may be defined already after our clash with Belarus but also all remaining games are interesting as the fight for the second place will be harsh. Our players shall remain calm and perform as they usually do during our training sessions. Their quality is not the one we have seen in Vila do Conde but I believe that this was due to the fact that some young players are still quite inexperienced” concludes Silva.