SRB M: Terzic left the national team due to lack of respect

Milos Terzic had his most beautiful, but also the ugliest moments while wearing a Serbian national jersey. 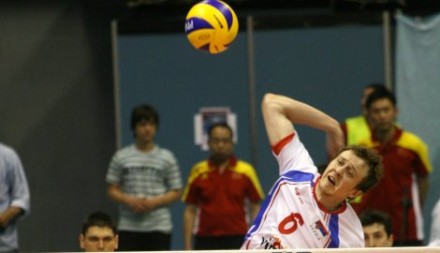 Serving the final point, he brought the Serbian team a European Champion title, and had to leave the team after a few monts due to serious missunderstandings.

Although the Serbian Volleyball federation kept announcing that Terzic was injured, the real truth is – he has left the team.

“I have no regrets for leaving the national team, since it was my call. I had some personal problems and during that time i couldn’t find the understanding and respect from some of the players. I decided to leave the team for everybody’s benefits. I couldn’t cope with the lack of respect. I didn’t deserve that, and I am not ready to stand that kind of treatment”, said Terzic.

CRO W: Croatian players shocked – a maniac broke into their room and masturbated in front of them