Andrija Geric, has hung up his boots after a long and successful career. He played in the Serbian National selection, Vojvodina, Lube Banca Marche, Latina, and Montichiari. 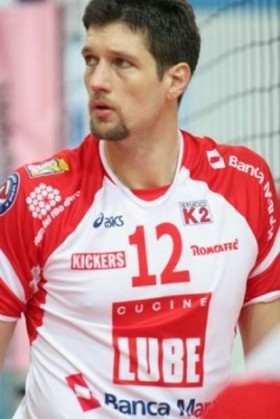 Geric returned to play with his hometown team (Vojvodina from Novi Sad, Serbia) winning the national cup during the last season.

He wore the jersey of Lube Banca Marche for six seasons, collecting a total of 179 appearances and winning 1 league, 1 Champions League, 3 CEV cups, one Italian Cup and two Italian Super Cups. In Italy he also played for Latina and Montichiari.

“Six years of Macerata”, he said, “are definitely the most beautiful period of my career as a club player.“