ESP M: CAI TERUEL takes on Turkish side for second round of play

CAI TERUEL will play its second match in the prelims of the 2013 CEV Volleyball Champions League by playing Arkas IZMIR. Arkas IZMIR edged 3:1 Marek Union-Ivkoni DUPNITSA, with Burutay Subasi being the best scorer of the match, while CAI TERUEL suffered a 0:3 home defeat with Noliko MAASEIK. 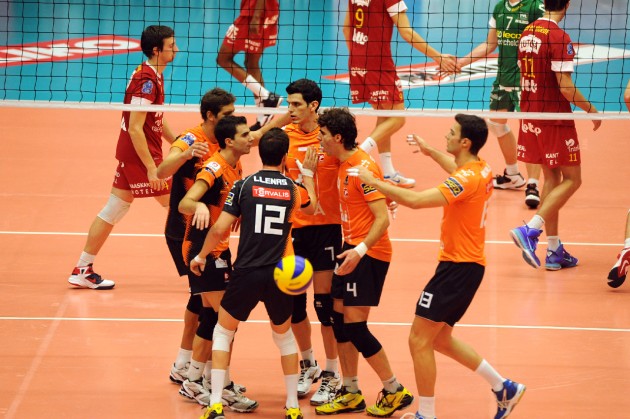 Arkas IZMIR opened its quest for European glory by edging 3:1 Bulgaria’s Marek Union-Ivkoni DUPNITSA, with Burutay Subasi being the best scorer of the match, while CAI TERUEL suffered a 0:3 home defeat with Noliko MAASEIK. Even though the final result was pretty clear, still it does not reflect the real plot of the game, where all sets were extremely close with Juan Carlos Barcala being the top scorer of that clash.

The head coach of CAI TERUEL, Oscar Novillo, hopes to have back Francisco José Rodriguez, one of his key players that has been struggling with some injuries since the start of the season.