CL M: TOURS VB to play four-time world champions in next round of action

After losing to Zaksa KEDZIERZYN-KOZLE, France’s TOURS VB will play against TRENTINO Diatec in the second round of action for Pool C of the 2013 CEV Volleyball Champions League. Radostin Stoytchev will face Mauricio Paes. Matey Kaziyski and Osmany Juantorena will be the main players. Robert Serniotti wokred in Tours. 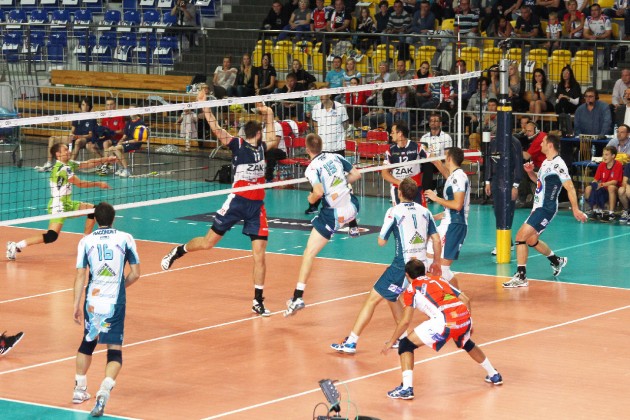 TOURS VB still has a perfect record in the national league after besting AJACCIO in five sets this past weekend and wants evidently to deliver a good performance in front of their home fans even though the challenge could not be more demanding.
The Italians have won this competition three times (from 2009 through 2011) but TOURS VB will try to stand their opposition.

The current coaching staff of TRENTINO Diatec has got a special connection with TOURS VB as Radostin Stoytchev played there during his competitive career and Roberto Serniotti worked with the French club in 2005. The fans will also get the chance to see the always great actions of Matey Kaziyski and Osmany Juantorena, two of many stellar players included in the roster of TRENTINO.

Local head coach Mauricio Paes hopes for a sold-out arena especially taking into account the “pedigree” of the Italian side.

CL M: Tomis CONSTANTA hopes to turns the odds around with PGE Skra