POL W: Rafal Blaszczyk is no longer coach of the Impel Gwardia Wroclaw

The Management Board of Impel Volleyball S.A. On 19 December 2012, decided to terminate the contract with coach Rafal Blaszczyk. This and other volleyball news read on Worldofvolley.com. 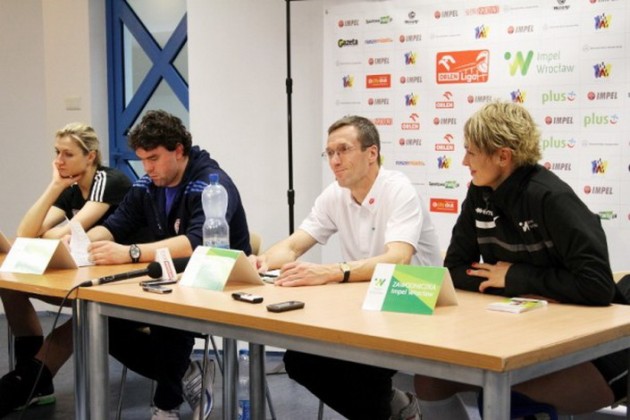 The decision commented President of Impel Volleyball S.A. Jacek Grabowski, “The situation in which he found the team at this stage required to take difficult decisions. On behalf of the Management Board of Impel Volleyball S.A., employees, players and coaching staff, I thank Raphael Blaszczyk for the heart and devotion to the work on the development of the club”.

“Thank you coach Rafal Blaszczyk for your work on many years carrying out the team Impel Wroclaw. Thank you for your professionalism at work, commitment and the many successes of our team and also earned medals for the Polish representation at the Summer Universiade. Parting with coach Rafal Blaszczyk we look forward to continued cooperation and support. We believe that the experience and knowledge that has been used in the implementation of future projects. We wish him every success” – thanked the President of the Board Impel S.A. Grzegorz Dzik.

Coach Rafal Blaszczyk as a Wroclaw club coach is associated since 1987. Over the years he has worked and led youth groups, addressing a number of successes. In 2000, he became the second coach of the first team. Is also responsible for the training of young people, with whom he won the Polish Championship medals each year. In 2004, he became the first coach of the team present in PlusLiga Women. In 2010, he won fourth place in the Challenge Cup final. Since 2005 he has worked with other Polish representation, which won the gold medal at the Universiade in Bangkok, Thailand in 2007 and a bronze at Universiade in Belgrade in 2009.

The next meeting of Wroclaw Impel team will lead second coach Marek Solarewicz.

GER: Margareta Kozuch and Georg Grozer – the best of 2012