Jastrzebski Wegiel wins in Belchatow agains PGE Skra 3:0 in the 14th round of the Plus Liga. Damian Wojtaszek was the MVP. Jacek Nawrocki commented the game. WorldofVolley brings you the latest volleyball news. 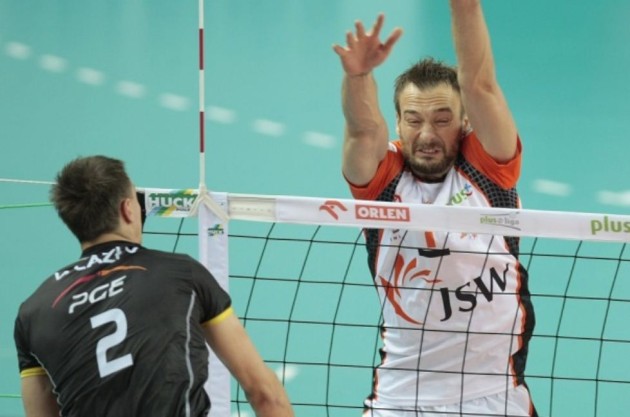 In the first set, PGE started with the 4-1 lead. It was all good up to 18:14, after that they lost their advantage. PGE Skra managed to win four more points in this set and lost 22:25.

In the second set PGE Skra continued to have serious problems in attack, but fortunately the block was doing well. This time the key was long exchange of the ball when it was 15:17, which was eventually won by Jastrzebski Wegiel. After that they won two more points and it as 15:20. It was easy for them to win 20:25.

With some changes in the team, PGE Skra was leadin in the third set (16:13). This advantage, however, was lost. PGE had a set ball 24:23, and then it was the guests’ turn… The third ball gave them the victory.

“You can not win when committing so many errors. This game was at a higher level than the cup, when we lost 2:3, but we can not explain it” said Jacek Nawrocki after the game.